René Lenier is a convicted murderer in "The Southern Vampire Mysteries". A former citizen of Bon Temps, Louisiana, René is introduced in the first book of the series, "Dead Until Dark". The main antagonist through this book, René is a serial killer whose victims were fangbangers - women who had slept with vampires. He was arrested for his crimes but it is not known whether he survived his stint in prison or not. His last mention appears in Dead Ever After as Sookie was talking to police about Arlene's exes after her murder.

Some time before arriving in Bon Temps, René discovered his sister had slept with a vampire. In his rage over this act, he killed her and raped her corpse. Afterwards, he moved to Bon Temps where he was briefly married to waitress Arlene Fowler. They divorced, but René called Arlene his favorite ex and they were on good terms. René was employed at the road working crew alongside Jason Stackhouse, his best friend, and Hoyt Fortenberry.

In Dead Until Dark, the main plot revolved around Sookie Stackhouse trying to find out the identity of the serial killer. René, the killer, had murdered fang-bangers Maudette Pickens and Dawn Green, and had now targeted Sookie. He killed her grandmother Adele Stackhouse first upon finding her in place of Sookie. Eventually, Sookie faced René alone and he tried to murder her as well. She managed to fight him off, even though she was still badly injured, and called the police from the house of her boyfriend, vampire Bill Compton. René was arrested and has not been seen since, but it can be assumed he is still alive.

René plays a role in the HBO original series True Blood. The main antagonist of the first season, René follows the same path as in the book, with the exception of getting arrested. He winds up getting murdered by Sookie, instead. 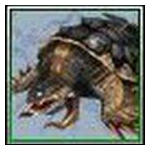 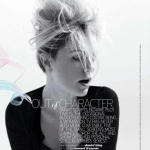